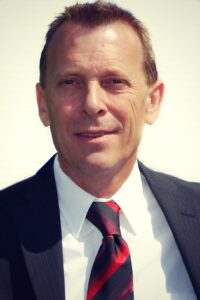 Terry has an extensive background in technology and field services. He was a 20 year Navy Electronics Technician specializing in Precision Electronic Measurement equipment and calibration. Leaving the Navy with a Bachelor degree in Business Administration and Information technology, he worked as a project manager for a desktop support contract for Newport News Shipbuilding and Drydock.

Upon completion of the contract, he returned to Louisville Kentucky and worked for five years in the laser printer repair business. During this time he attended Louisville Technical Institute and earned an Associates Degree in Occupational Science, along with his Microsoft MCSE Certification. He then joined Ford Motor Company at Kentucky Truck Plant as an IT Systems Support Technician. Five years later he branched out on his own as an independent contractor. He gained further experience in network cabling, security system installations, and video surveillance systems.